Giving Thanks for CBD 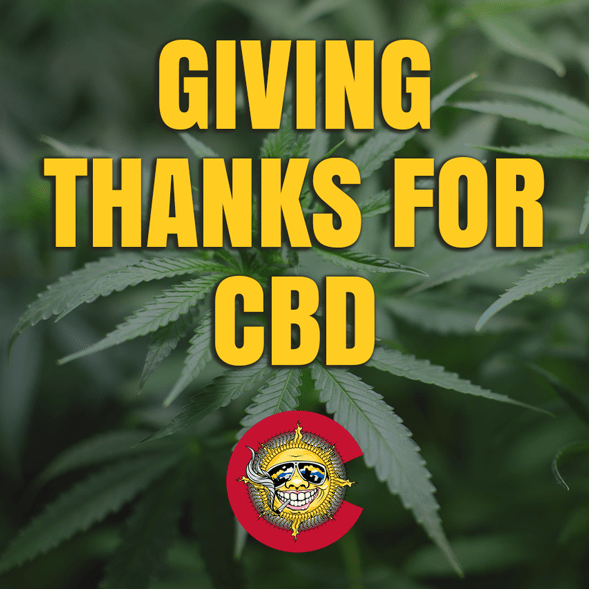 This week, we are giving thanks for CBD. As we roll out our new line of CBD products this weekend, let’s take a minute to remind everyone why we should give thanks that they are available to us!

Cannabidiol (CBD) is among many of the compounds found in marijuana. Unlike THC, marijuana’s most popular ingredient, CBD doesn’t have the psychoactive effects to get anyone high. That sentiment is quickly changing however as the benefits of CBD are gaining more popularity and media attention.

Among CBD’s benefits are pain-relief and anti-inflammation. That’s why so many athletes, even ex-NFL players, are publicly supporting its use. The good news is – CBD is legal in all 50 states for anyone over 18 years old! Hopefully it will eventually get introduced into the mainstream as more and more medical studies are done.

Even better news is the media attention CBD is getting for its therapeutic effects, especially for those with debilitating seizure-related disorders such as epilepsy. Charlotte’s Web is probably the most famous of the strains because it made headlines and was featured in an NBC Dateline episode for relieving the symptoms of a little girl, Charlotte, whose parents moved to Colorado specifically to get their daughter CBD. Once racked with constant seizures, Charlotte’s attacks are rare today. As the national waiting list for Charlotte’s Web grew to 15,000, the Stanley Brothers decided to open up a larger production facility and retail the product.

Headed West is proud to carry Charlotte’s Web in addition to other lines, including, Nature’s Best CBD, Experience CBD and Captain Amsterdam. Stop by any of our Denver locations to check out our full inventory of CBD infused items.