January Birth Flower | What is my birth flower? 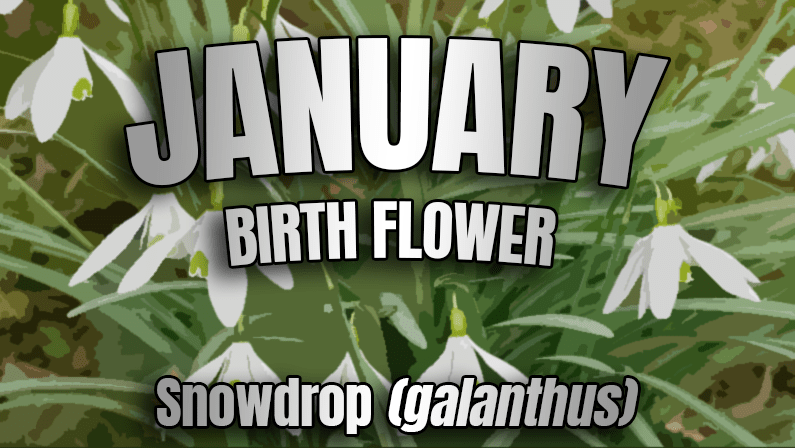 Did you know that the January birth flower was considered a bad omen? When people would see these flowers they would expect death to come their way! This delicate flower is often the first to poke through the snow in late winter and is now seen as a sign of hope and beauty rather than something of death. 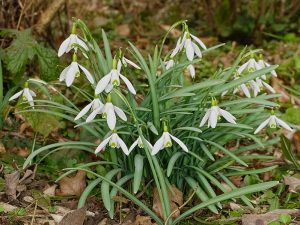 Snowdrop: A Short History of the January Birth Flower

Snowdrops (Galanthus) have been written about for many generations with its earliest notation around 400bc. In 1597 is was first put into a classification. In 1763 the flower was then assigned a family. This flower was first thought to be from Great Britain but was later traced to the middle east and southern Europe.

Picture this; an epic battle between the Winter Witch and Lady Spring fighting to take control of the year, the Winter Witch is cut on her finger and a drop of blood falls to the ground melting the snow. Just then a pure white flower grows out of the ground where the snow has melted and this signifies the victory of Lady Spring bringing in the warmer months. This story is told in the early Moldovanian folklore.

In the 1800s in England, it was believed that if you came across a snowdrop it was a bad omen. They believed that seeing one would bring death and bad luck to them. The reason behind this was cause they were commonly found in graveyards.

Some believe the ‘Moly’ herb mentioned in Homer’s Odyssey was a reference to the Snowdrop.

The Meaning Behind the Snowdrop – Galanthus

What does a Snowdrop represent? As stated above, the Snowdrop was a bad omen meaning death and misfortune will come your way. This has now changed and many see it as a sign of Hope & Purity.

Not much of the plant can be used raw. However, the plant does contain an alkaloid called Galantamine. First extracted from the plant in the 1950s. This alkaloid is used to help with confusion in dementia patients and as a memory booster with Alzheimer’s disease. The bulbs and the rest of the plant are poisonous.

*All content on theheadedwest.com  is not intended as medical advice, herbal healing, diagnosis, or treatment. We simply share information and history. Do not try herbal remedies at home without talking to a trained professional! Always seek a professional doctor for help.*