The Future of Flavored Nicotine in the United States? 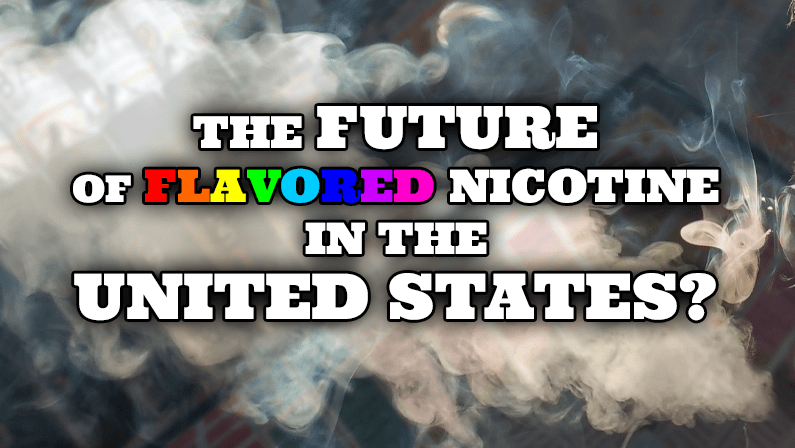 The Future of Flavored Nicotine in the United States?

“The Times They Are A-Changin,” from the Colorado Clean Indoor Air Act to the Future of Flavored Nicotine in the United States, the tobacco industry is constantly changing and we are trying to keep up!

What Exactly is Happening?

Later this month the U.S House of Representatives is most likely going to take a vote on House Bill H.R. 2339 (Reversing the Youth Tobacco Epidemic Act of 2019). This bill would prohibit the sale of menthol cigarettes and all other flavored tobacco products, including flavored nicotine vape juice and all vape products to anyone, regardless of age.

Are you or someone you know in the tobacco industry? Voice your opinion with these links below:

What does this mean? It means that the House of Representatives has passed H.Res. 866: Providing for consideration of the bill (H.R. 2339) to amend the Federal Food, Drug, and Cosmetic Act with respect to the sale and marketing of tobacco products, and for other purposes. It will now be moved on for a Senate vote, however, it is very unlikely to pass.

“The Administration opposes H.R. 2339. The Administration is encouraged by legislative
efforts to protect American youth from the harms of addiction and unsafe tobacco products,
and it also acknowledges that H.R. 2339 exempts premium cigars, which have comparatively
lower youth usage rates, from certain regulatory burdens. Unfortunately, however, this bill
contains provisions that are unsupported by the available evidence regarding harm reduction
and American tobacco use habits and another provision that raises constitutional
concerns. Accordingly, the Administration cannot support H.R. 2339 in its current form.

The Administration cannot support H.R. 2339’s counterproductive efforts to restrict access to
products that may provide a less harmful alternative to millions of adults who smoke
combustible cigarettes. This includes the bill’s prohibition of menthol e-liquids, which
available evidence indicates are used relatively rarely by youth. It also includes the bill’s
approach to remote retail sales. At this time, problems surrounding such sales should be
addressed through the application of age verification technologies rather than, as this bill
would do, prohibiting such sales entirely.

The Administration is also concerned about the constitutionality of a provision in the bill that
prohibits certain advertising practices with respect to electronic nicotine delivery system
(ENDS) products. The bill would prohibit marketing and advertising that “appeals to an
individual under 21 years of age.” This standard may not satisfy the stringent vagueness test
applied to regulations of speech under the Constitution’s Due Process Clause.

The Administration is committed to protecting the Nation’s youth from the harms of tobacco
and has already taken several steps to do so. This includes signing legislation to raise the
minimum age of sale for tobacco products to 21. In January 2020, moreover, the
Administration issued guidance to prioritize enforcement against the unauthorized marketing
of certain ENDS products to youth. And the Food and Drug Administration (FDA) is
conducting regular surveillance of—and, when appropriate, taking enforcement measures
against—websites, social media, and other publications that advertise regulated tobacco
products.

The bill takes the wrong approach to tobacco regulation. Rather than continuing to focus on
the FDA’s Center for Tobacco Products, Congress should implement President Trump’s
Budget proposal to create a new, more directly accountable agency within the Department of
Health and Human Services to focus on tobacco regulation. This new agency would be led
by a Senate-confirmed Director and would have greater capacity to respond to the growing
complexity of tobacco products and respond effectively to tobacco-related public health
concerns.

If presented to the President in its current form, the President’s senior advisors would
recommend that he veto the bill.”

On 2/26/2020 a bill was introduced to the Colorado state legislature to prohibit the sale of all nicotine or tobacco product that would have flavor other than tobacco. This means any and all flavored vape juice.

If you would like to voice your opinion on this matter, do so here.

We will update this page as we learn more. Until then feel free to contact us. 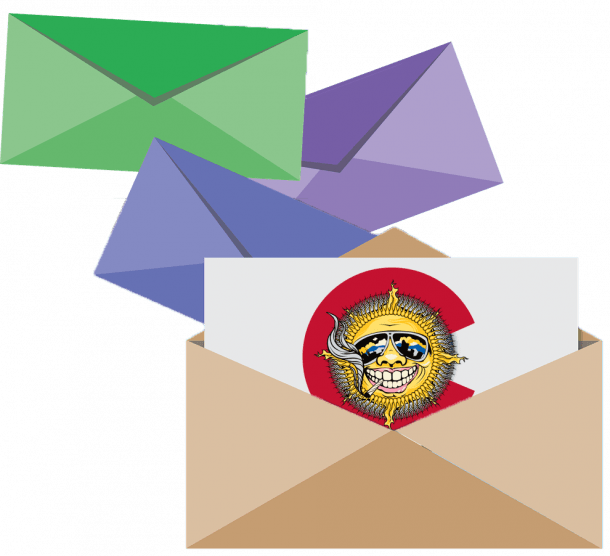